You are here: Home » Testimony » I learned that the Rosary is the strongest weapon against any evil in this... 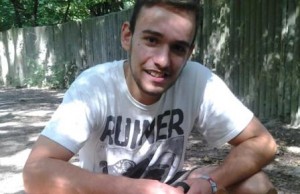 Hi. My name is Andrew and I am 24 years old. My wonderful parents brought me up in the Christian spirit. We used to go to mass every Sunday, but I went to confession and received communion only about twice a year. Sermons and girls in the youth choir were a big invitation for me. My parents never told me with whom I should be friends and I was choosing friends who were just the people closest to me. All of them were committed atheists. They were always people with good heart, looking for truth but with sporadic verbal attacks on the Church – how much evil the Church has done, how rich the Church is, how priests are hypocrites and you know, the usual old clichés, none of which ever discouraged me from being friends with them. Now I know that God wanted it this way, and that He always leads me.

Through some of these friends of that time, He showed me many recesses and pitfalls of this world, but He always kept me away from them at a safe distance. In my early-age experience with drugs, alcohol or conformist life, what could have been fatal for me was a situation when a car ran me over when I was ‘stoned’. It does not matter whose fault it was. What is important is that even though the car’s front bonnet was bent and the front windows broken, as if by magic nothing serious happened to anyone – even me. In the second just before the crash I jumped out of the way of the car – certainly not of my own accord.

…I already know that she is the Mother of Peace and does not condemn anyone. But she cares about every single person individually. What is important is our personal relationship with her and with Jesus Christ…

Then the doctor said that if I had not jumped, I would have ended up legless. Something broke inside of me and I wanted to fight the evil of this world with my own strength. But my efforts to solve injustice and aggression with the very same weapons and being involved in fights ‘against racism and fascism’ did not make any sense. Now I know that God had always protected me so that nothing serious happened to me. And not only to me but also to guys who were on the ‘opposite side of the barricades’. Except for some bruises and scratches they never had any serious injuries.

Years passed by; I came to my senses and looked for the truth by examining other religions and philosophies – Islam, Hinduism, Hare-Krishna etc. I was tested and also came to a belief in Jesus Christ. At university I met my fiancée, my later wife, a practising Christian who brought me to God and I got to know His real face. In fact, God gave me incredible mercy that through her I met Him and as a bonus I got a living angel full of the Holy Spirit. It was she who talked me into going to Medjugorje to pray for graces for our marriage and our future. So why not?

Before my trip to Medjugorje I had no personal relationship with Our Lady or the rosary. I took it as part of the Catechism but that was it, nothing more. I told myself that if the rosary were not so long and if there were more Our Fathers, it would perhaps be better. I went there with some scepticism because I had heard a lot about Medjugorje such as it hasn’t yet been approved, the question of whether it is not a kind of new cult which leads astray from primacy of the Holy Trinity etc. – things available on the internet. But I went there open. 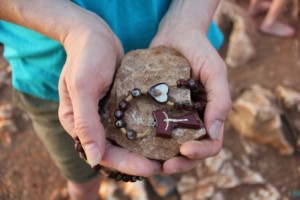 We don’t have to be the most amazing, best, most correct people in the world. God loves us as we are. And He gives everyone the same amount of love. It depends on whoever will open their heart to His love…

We arrived to Medjugorje for Mladifest. On the third day of Mladifest I was sick and I had a migraine. I felt like vomiting, but I wanted so much to go to Apparition hill – Podbrdo. My fiancée tried to convince me to stay at the house and not to go up the hill in the heat. But I persuaded her to go at least to the Blue Cross. Half way to Podbrdo I felt very sick, I felt like throwing up, but I felt also a great need to pray the holy rosary. I burst into tears from the very beginning. I cried through the whole rosary while climbing up to the statue of Our Lady. I could not stop my tears and I could not think of anything else but prayer. I cried because of how much Our Lady loves us. I had heard her message about love, but I did not attach importance to it, it had been just background for me. But on Podbrdo I felt her great love. I did not see anything, I only felt a strong flow of love, mercy and peace. I saw truths which I consider absolute, unquestioned truth. A constant, just like 2+2=4 and will never be 5. And this is the greatest truth.

During the prayer I experienced how Our Lady loves us; everyone equally. She loves all the people in this world with a great love. By praying the rosary I learned that the prayer of the rosary is the strongest weapon against any evil in. When we confess while praying rosary, all our restlessness and sufferings, Our Lady will embrace them and present them to Jesus Christ at His feet. This is how I felt it and experienced it then. I was flooded by complete peace and all troubles were not anymore in me but in the loving arms of Mary. I already know that she is the Mother of Peace and does not condemn anyone (I myself like judging what moral behaviour is and so on). But she cares about every single person individually. What is important is our personal relationship with her and with Jesus Christ.

As if by magic we returned from Podbrdo just in time for Communion, although we were to have missed the Holy Mass, and after Communion I felt God’s love.

Immediately after I received the Eucharist, I was flooded by an incredible love and mercy. I know that it was only a drop in the ocean. I am one hundred percent sure about it, even more so if this was possible. I have not experienced so much love and mercy before. I had even physical symptoms, such pain in the chest, which was not unpleasant; my heart was just about to jump out as if great love were pushing me to the ground.

…By praying the rosary I learned that the prayer of the rosary is the strongest weapon against any evil in. When we confess while praying    rosary, all our restlessness and sufferings, Our Lady will embrace them and present them to Jesus Christ at His feet…

I know that the living Jesus Christ is present in the Eucharist. It is the living God that offers Himself to us; His body. Such incredible mercy and love were coming into me and overwhelming my helplessness. I felt undeserving and weak. I felt my unworthiness. But I was reminded all the time that we are all worth it, simply all of us. I felt this most strongly.

We don’t have to be the most amazing, best, most correct people in the world. God loves us as we are. And He gives everyone the same amount of love; either to a murderer or to St. Padre Pio. It depends on whoever will open their heart to His love. There was so much love that after a while I begged that it would end, saying that I understood it already, because if a bit more love came I could not stand it. God heard my prayer and slowly went quiet. I wish you a nice and blessed day!